Dear readers, I have just returned from a journey to Salt Lake City in Utah.  In case you are unaware, Salt Lake City is the Home of the Mormon Church and Not Much Else.  As a result, while my fiancé was off doing important work-related things, I spent a lot of time staring into the mountains and pondering the meaninglessness of existence.  But when I wasn’t doing that, I wandered over to look at the LDS temple, the grounds of which were massive, well-groomed, and full of cringe-worthy statues.  The statue that caught my eye the most, however, was the Seagull Monument.

This is the monument. 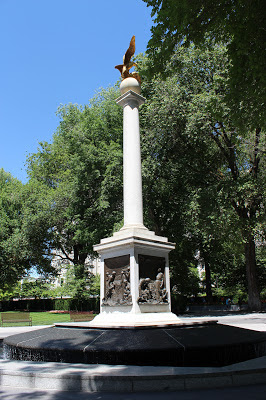 If you do an image search for “Mormon seagulls” (and who wouldn’t?), you’ll find pictures like this: 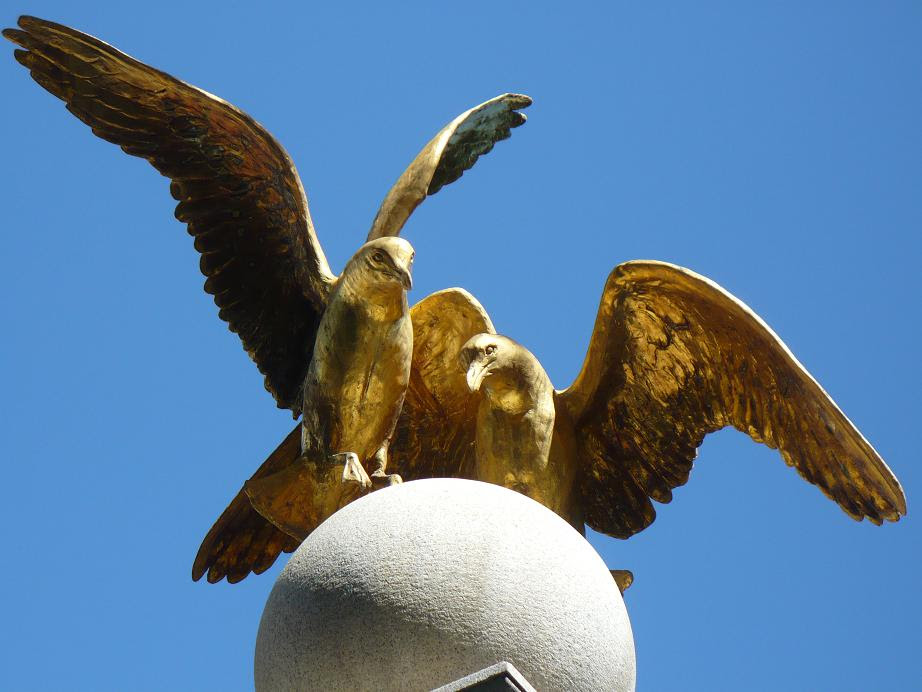 Golden seagulls!  So majestic!  They’re practically eagles, but with a greater penchant for eating out of a dumpster!


The problem is that when you first approach this monument from the main walkway in the middle of the temple square as I did, this is the view you get: 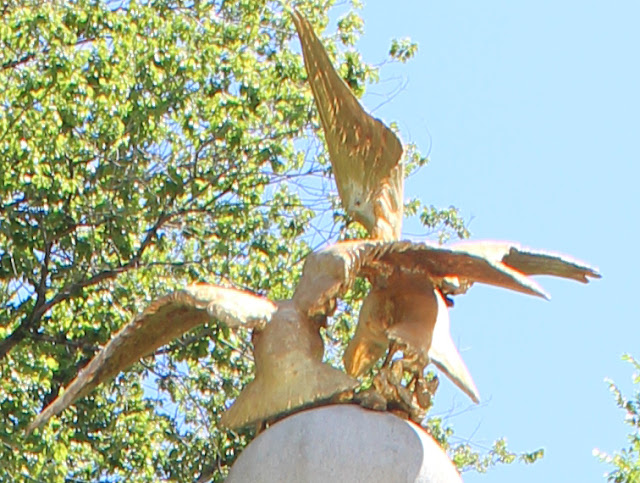 Basically it looks like one of the seagulls is taking a massive dump on its majestic sphere perch.


The images on the bottom of the monument show the Mormon pioneers looking forlornly at fields with their oxen.  So as an uninformed outsider, my actual thought on looking at this monument was that the pioneers must have arrived at this horrible place with like 90% salt content in the soil and had been unable to grow anything until these seagulls arrived and fertilized everything with their guano.


It turns out the story is actually even better than this.


Indeed, the pioneers were having trouble with their crops.  Then these crickets came along and were eating what little they had managed to farm.  But all of a sudden, a flock of seagulls miraculously appeared, and everyone started rocking really weird new-wave hairstyles. 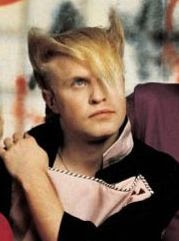 Wait, sorry.  This flock of seagulls appeared and started eating the crickets.  Then, the gulls went to the stream, vomited, and went back to eat more crickets, and continued this cycle until all the crickets were gone.  So basically the Mormon pioneers were saved by bulimic seagulls.  And the water supply was never the same again.  Inspirational!


I will leave you with this painting I found in looking for info on this story, attributed to the “International Society Daughters of Utah Pioneers.”  It appears to depict an alternate history in which the pioneers are about to be devoured in an invasion of giant man-eating gulls.

The story of Adam and Eve appears in art a lot.  There’s just something about this particular story of the first humans’ fall from grace that strikes a chord with artists.  I tend to think it’s a combination of human nature wanting to have a scapegoat or two for all of its problems, plus artists loving any excuse to paint people naked.  But whatever.

This particular rendition is by 15th century Italian artist Giovanni di Paolo.  It’s actually called “The Creation and the Expulsion from the Paradise,” but I like to imagine it all as a more creative take on the expulsion bit. 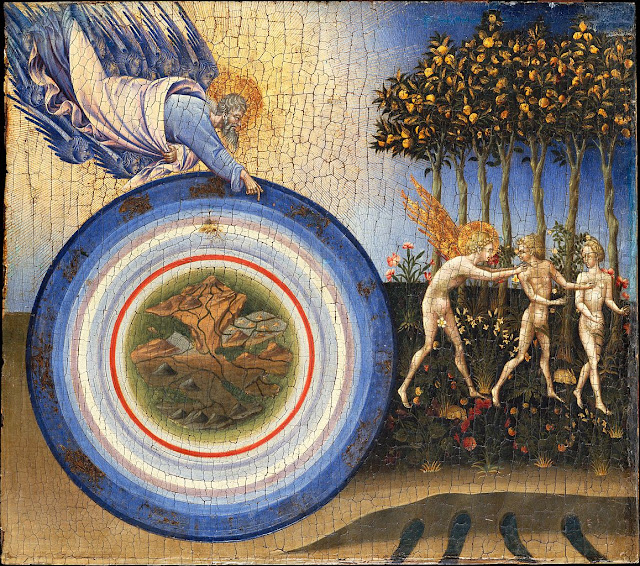 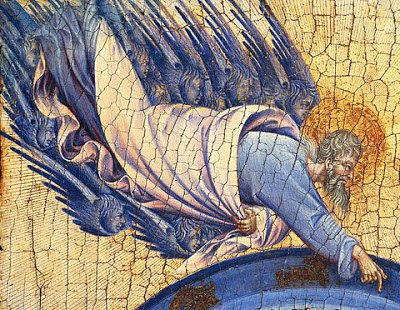 He swoops in, surrounded by winged angel heads.  Were all those angels strangulated before they were beheaded, giving them that attractive purplish tint?  Also, why is God always old in paintings?  Here he just created the universe, but he’s already literally trying to chase the kids off his lawn.  WITH THE UNIVERSE.  To me, it looks like he’s rolling the universe right back up, Katamari Damacy style.  “You kids don’t like my rules?  FINE.  NO UNIVERSE FOR YOU.”

Before the whole fruit issue, it kind of looks like there were problems in the garden already.

Are these demonic groundhog holes, burrowing up through the Orchard of the Lord?  See if you can tell when spring arrives in a vacuous abyss, Punxsutawney Satan.

Evidently Adam and Eve weren’t the only ones on restrictive diets in the universe.  It is possible that the reason we can’t see angels is because they are always turned sideways to our line of sight.  I have to say that the angel doesn’t look very fearsome as he chases the humans out.  Really he looks more like he’s telling them, “Please…go now…find some food, before it’s too laaaaate…” 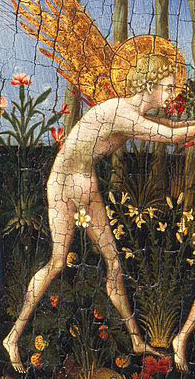 I think the best part, though, is Adam.  Here he is, being kicked out of Paradise, the universe being sucked up behind him, and he takes the time to cop a feel as he strolls out. 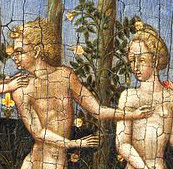 And thus, priorities for mankind were set forever.
Posted by Sarcastic Ninja at 04:07 21 comments:

Here at SARFT, we have seen many times that nothing inspires artists like naked ladies.  We have also seen that Belgians are weird.  This week we combine these two themes as we look at the work of the 19th century Belgian painter Félicien Rops.  I’ve looked at one of his works before, but it seems that was only the tip of the kinky iceberg.  WikiPaintings claims that his style is “symbolism.”  I think that “women wearing nothing but stockings” only goes so far as a symbol, but then what do I know?

It started when the title of this painting caught my eye: “Pornocrates.”  Uhh…porn for people who get off to Greek philosophers? A blindfolded lady takes her pet pig for a walk.  She has accessorized well, but seems to have forgotten her dress.  In the background, baby angels make disturbingly ecstatic poses in the air.  I guess they like pigs? I suppose they are supposed to be bearing her grooming tools and makeup, but frankly I have to assume that anything in tiny angel-borne vials are drugs.  Also one baby is bringing a breast on a plate?  Maybe it’s Jell-o made with a novelty mold.

This is the technically accurately named “Woman on a Rocking Horse.” Instead, I’ll conclude with the significantly tamer “Behind the Scenes.” Compared to come of the others, this one is fairly unremarkable...except for the dude who is a cross between a smarmy Emperor Ming and the Monarch. 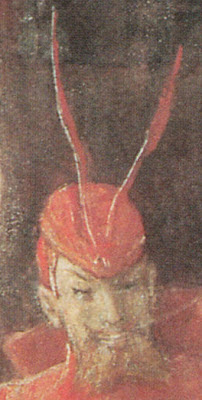