Ok, more like it will fish them out of the water, where they have been stored in a waterproof basket.  But that doesn’t help me practice my Preposterous Clickbait Title Generation Skills.

Moses.  You may be familiar with him as that guy who talked to flaming shrubbery.  Or who told his brother to turn all the water in Egypt into the world’s biggest blood bank.  Or who really hated golden livestock (but magical bronze snakes were ok).  However, today we’re going to look back on an episode Before He Was Famous.

The story goes that in Egypt the Pharaoh was none too impressed with the Hebrew people thriving, so he wanted all the infant boys murdered.  To save her baby, Young Moses’ mother hid him in a basket and put it in the river.  Pharaoh’s daughter went to bathe in the river with some handmaidens and was like “OMG what a cute basket!  Wait, there is a live baby in it.  That will make it harder to hold Daddy’s collection of dead babies.”  But ultimately she decides to let the baby live for some reason.
This painting depicts this episode.  I would just like to point out that this is supposed to be the princess of Egypt. 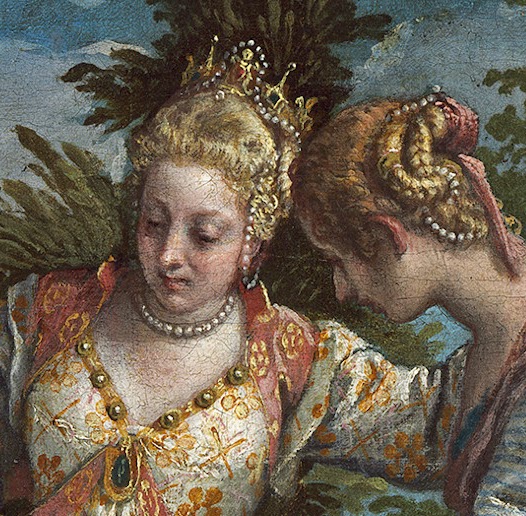 I have seen vampires with more of a tan.

Additionally, the princess seems to have brought along some more questionable “handmaidens” to her bath.  Like this one, who clearly thinks the lady has become a basketcase… 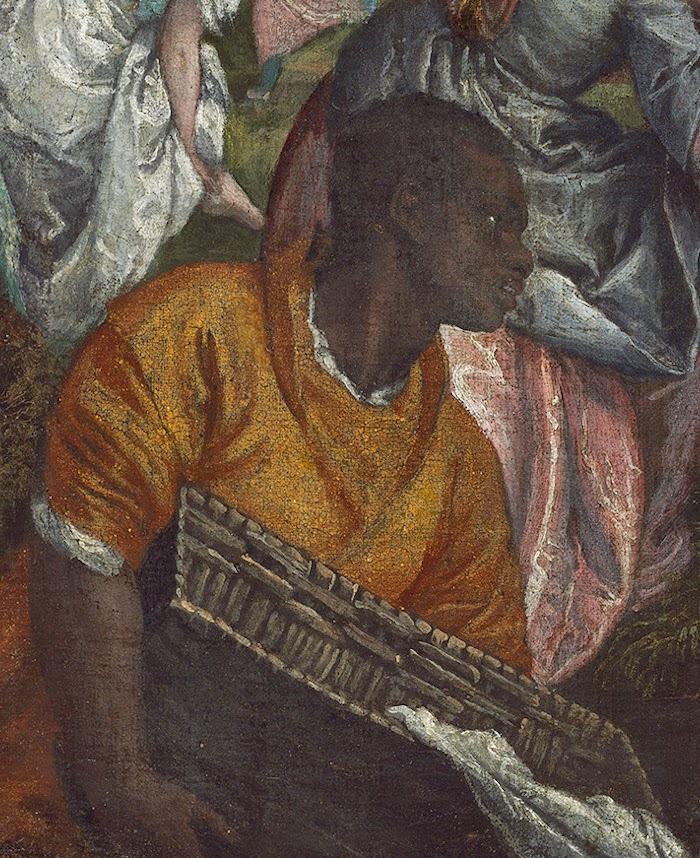 Or this alternate-reality version of Tyrion Lannister, who pursued his childhood dream of becoming a jester. 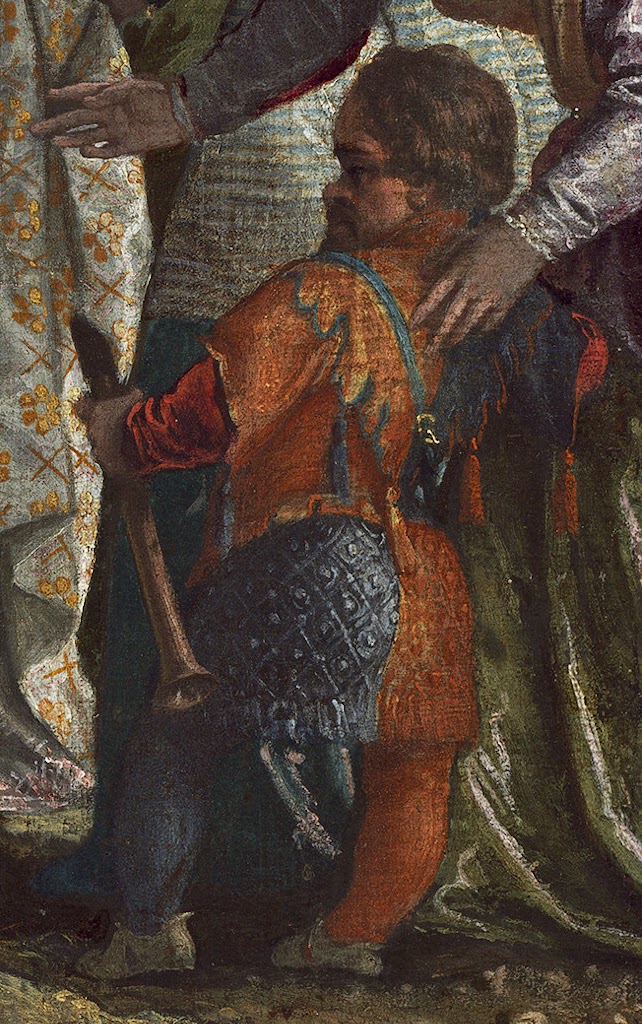 Perhaps most striking, though, is what these ladies are up to. 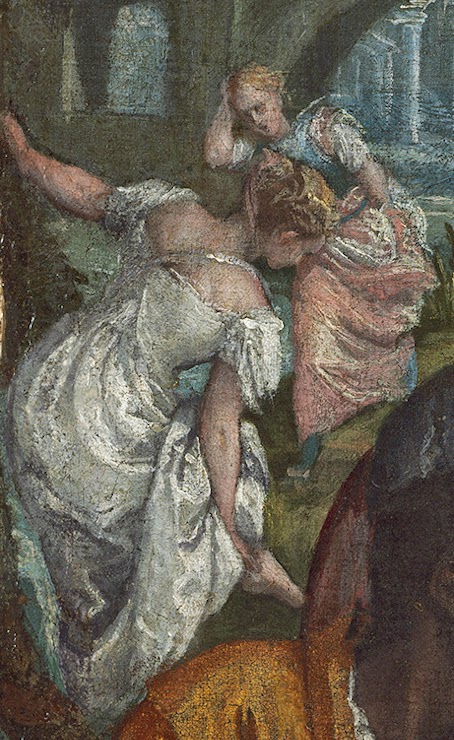 They are running around like “AHHHH!  BABIES IN THE WATER!!  I hope I didn’t get any on me!!  Do you think it’s contagious?”

Sadly, worse things were in store for Egypt than a Plague of Water Babies.
Posted by Sarcastic Ninja at 14:10 6 comments:

Mini-Post: Madonna in the Sky with Disembodied Baby Heads


…Ok, so maybe it’s not quite as catchy as the Beatles’ tune.
Three things with this painting: 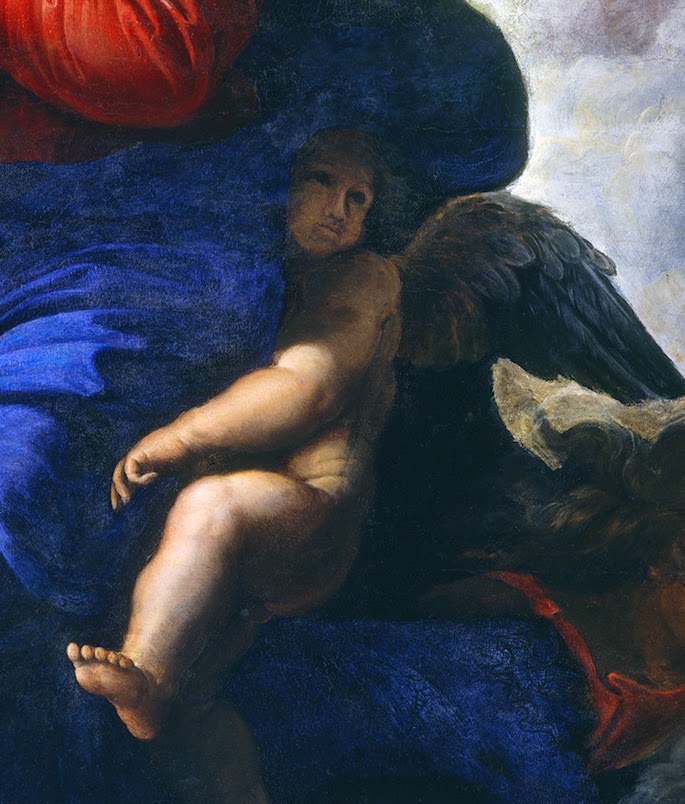 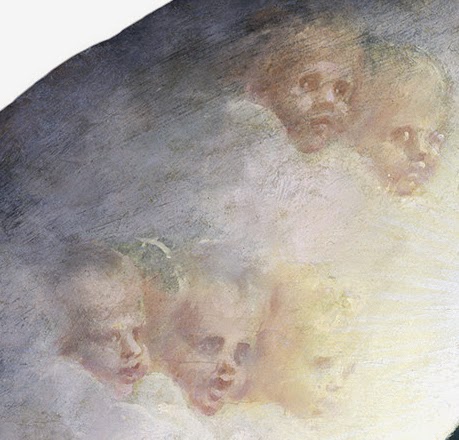 2. WHAT IS WITH THE CREEPY BABY FACES ALL THE TIME.  Seriously, 16th century Italian painters.  Just stop. 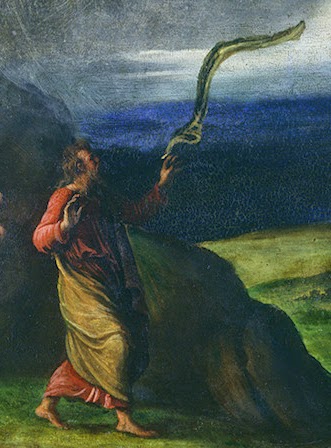 3. So a woman appears in the sky surrounded by light and carried by angels, and this guy goes, "Hey, this would be a great time to play with a wind sock!"