Happy Labor Day weekend!  I thought that for the occasion I would feature some early union/anti-union posters, but had a hard time finding quite what I was looking for.  In the process of searching, though, I found the following.  Let us observe a snapshot of the socialism/capitalism debate a century ago.

First up: an industrial unionist poster from 1911.

The Pyramid of the Capitalist System!  Look at those hard workers at the bottom there.  Do you know how difficult it is to frolick so delicately with a hammer?

Of course, some people are just idle layabouts.

So what if you’re 8 years old?  That’s no excuse for passing out after a measly 10 hour day at the mill!  Look, your laziness is making that other little girl support society with a shovel. 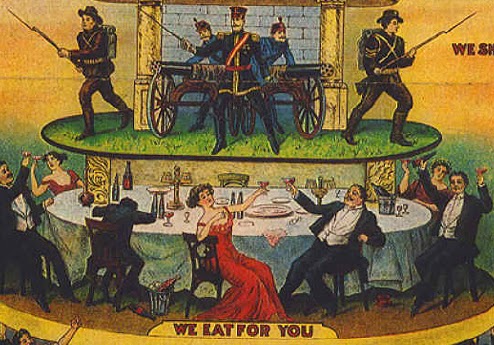 Somewhat ironically, the “Eating” class doesn’t have any food on the table.  Plenty of booze, though.  The shooting people look more equipped for stabbing would-be social climbers than shooting anything – I’m not sure about the effectiveness of a cannon at the necessary angle. 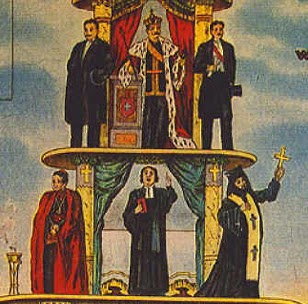 Interestingly, there is an equal number of religious charlatans and rulers (darned trinitarianism!), so in this case the lower tier has more luxurious space.  Cooler capes and robes, too.

Ok.  Good effort, socialist unionist propaganda.  But you have made a critical error.  This poster expects the viewer to take in, like, five whole categories of societal representation.  And it has over two dozen words.  You have greatly overestimated the attention span of the population.

1909 Conservative Party poster, show us how it is done.

Socialism is a DEMON MONKEY FROM HELL that will STRANGLE THE WOMEN.  The end.
Posted by Sarcastic Ninja at 11:26 8 comments:


One day, I was walking by Lafayette Square near the White House.  There were a number of statues scattered around.  Statues are fairly ubiquitous in the area, usually featuring slightly pompous, noble-looking men, sometimes with naked ladies and/or eagles.  So I didn’t pay them much mind as I strolled, until I glanced up and realized these particular statues offered so much more. 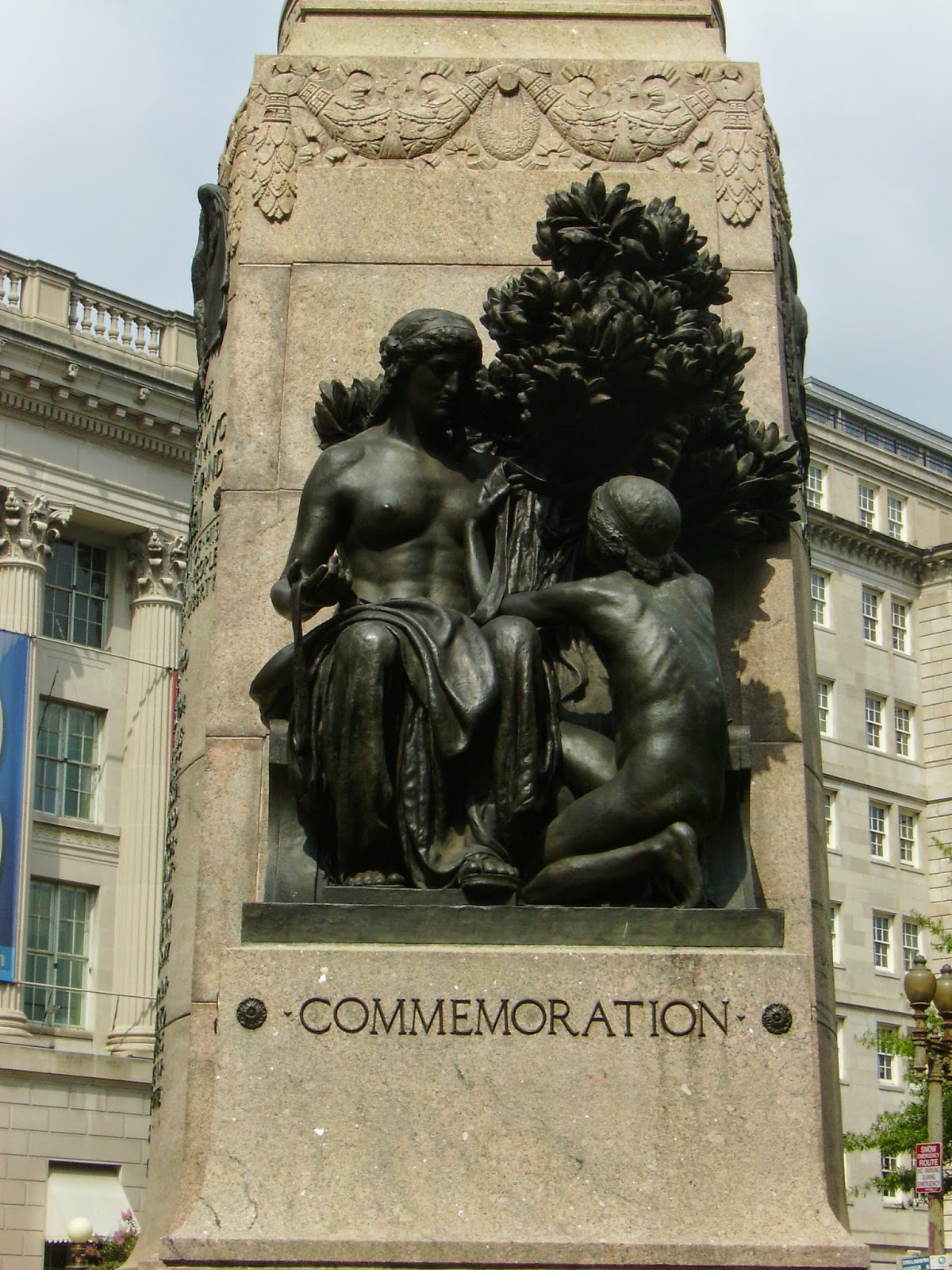 Like this one.  “Commemoration,” it says.  It raises a number of questions.  Commemoration of what?  The time that dude with the flowing locks and bulging pecs engaged in bondage play with the young, nubile pool boy under the trees?  Is that a man?  Or is it a woman with a steroid problem? 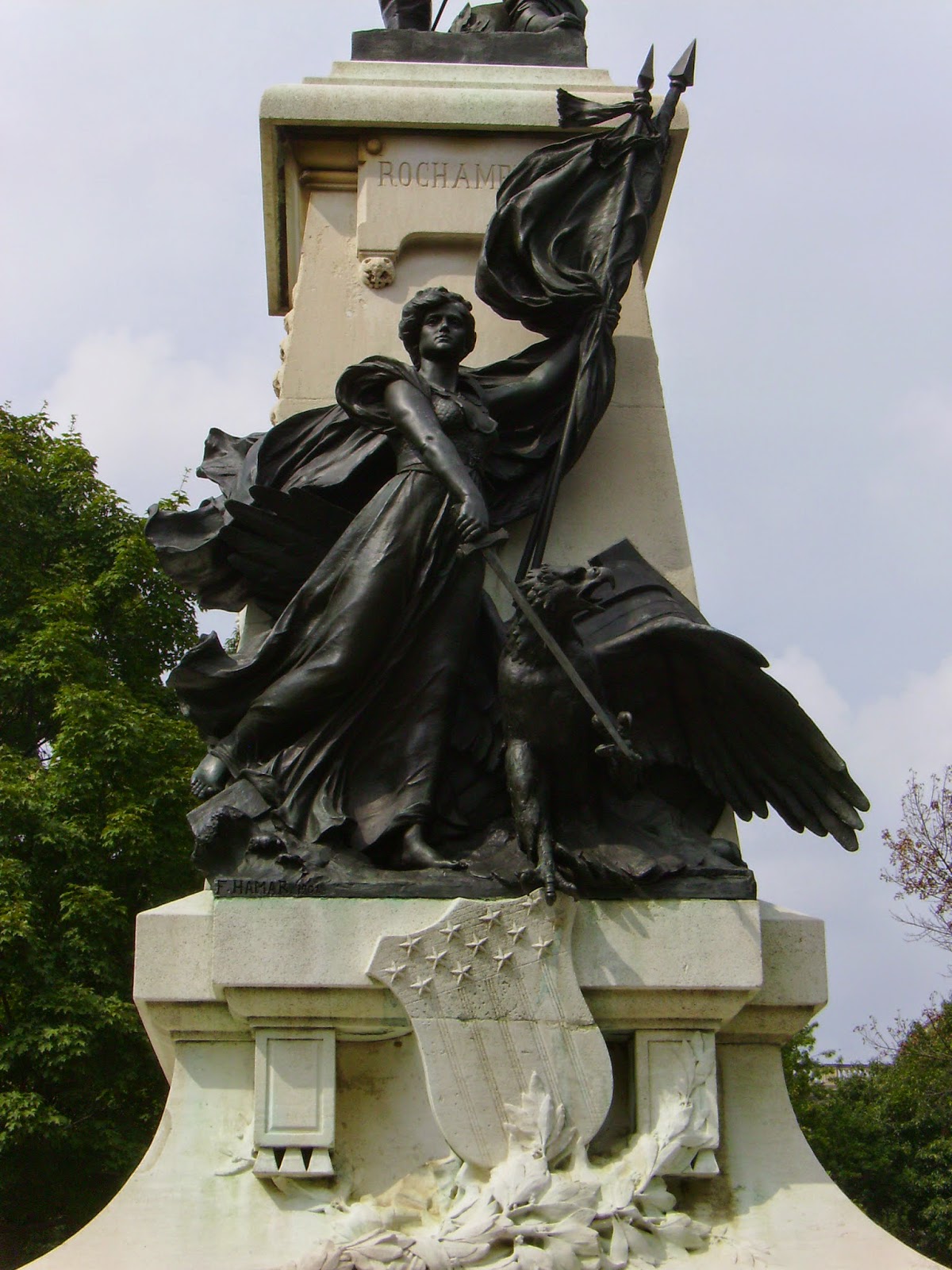 Here we have a badass lady, who is clothed for once.  She is accompanied by an eagle who is clearly trying to cop a feel.  However, this is one bird who knows how to handle her birds, as she says, “Touch my ass ONE MORE TIME and I will liberate your head from your neck.”

Finally, this was the one that first caught my eye.  Unfortunately it also had the worst lighting, but you get the idea. 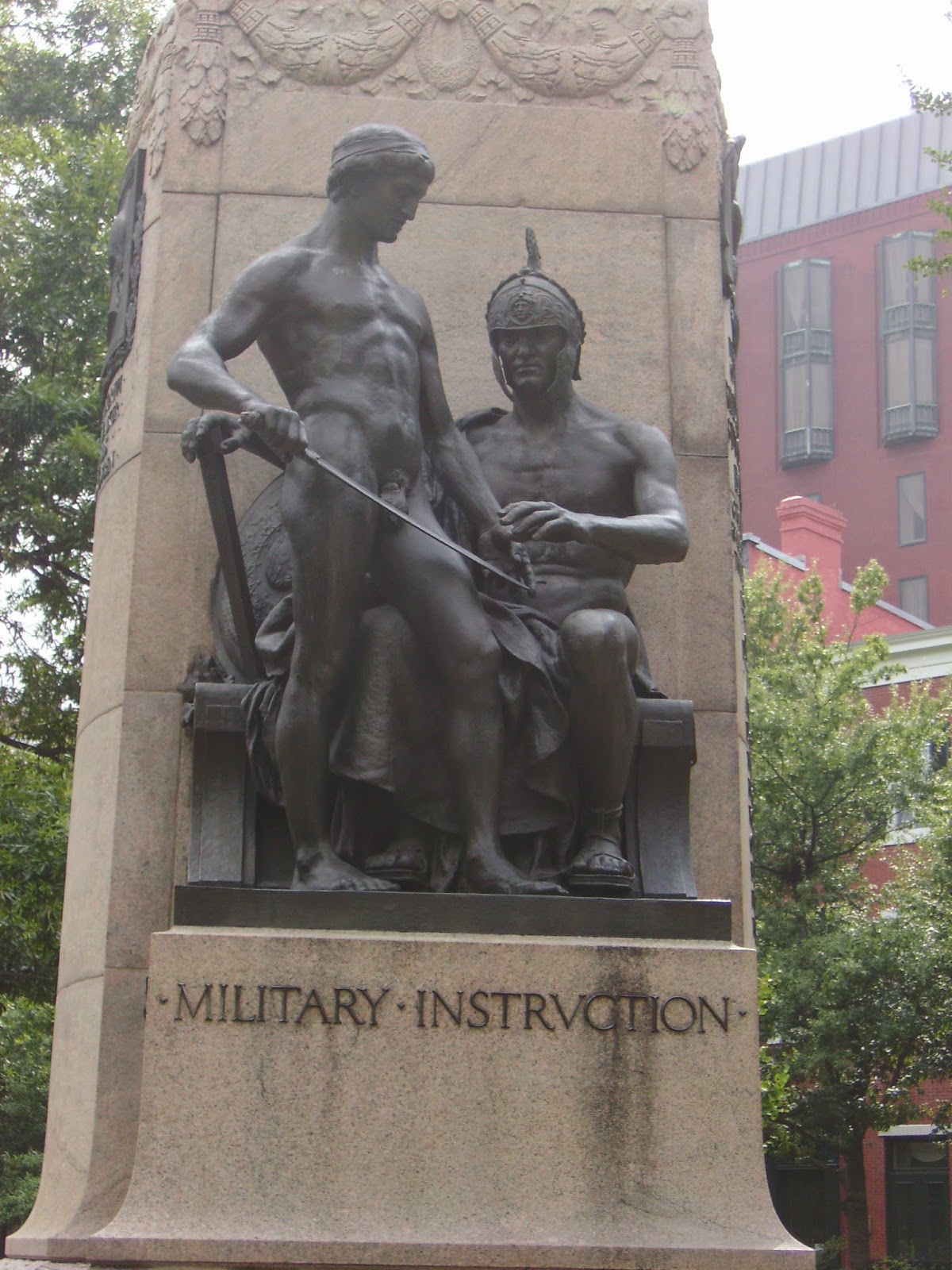 Now, I have never been in the military, but I confess that I had a slightly different mental image of what Military Instruction entails.  This seems to be a man saying, “All right, boy.  Take all your clothes off and get over here, so I can show you how to handle your sword.”

I imagine the sculptor had submitted this design as a sarcastic joke, and then someone in the commissioning committee was like, “YES!  This is exactly how to encapsulate the raw intimacy of teaching military skill, and the rush of learning to thrust your weapon into another man!”  And thus art was made.
Posted by Sarcastic Ninja at 08:01 9 comments:


Another quick one this week.  Many moons ago I brought to you the touching image of Jesus bringing pizza to souls stuck in limbo.  Well, it turns out that picture was a part of a series of paintings on Jesus’ life, post-life, and after-life shenanigans.  And apparently besides flattening Satan with a garage door, his hobbies included squashing people with giant marble slabs.

Now, I guess I missed the part of the resurrection story where, upon Jesus’ triumphant return from kicking demonic booty, he murders a legion of Roman soldiers standing guard around his tomb.
Random aside – I was unaware that Roman swords were designed for giants.  What is that on the purple guy’s pommel, an apple?  I don’t think he could grip it even if his arm weren’t on backwards.

Anyway, I think that Mary and the other ladies might have had more to say about their tomb visit if they had to reach it by picking their way across a field of broken bodies, limbs dangling in all directions.  “Hey guys!  Disciples!  Jesus is back – AND THIS TIME HE’S PISSED OFF!!” 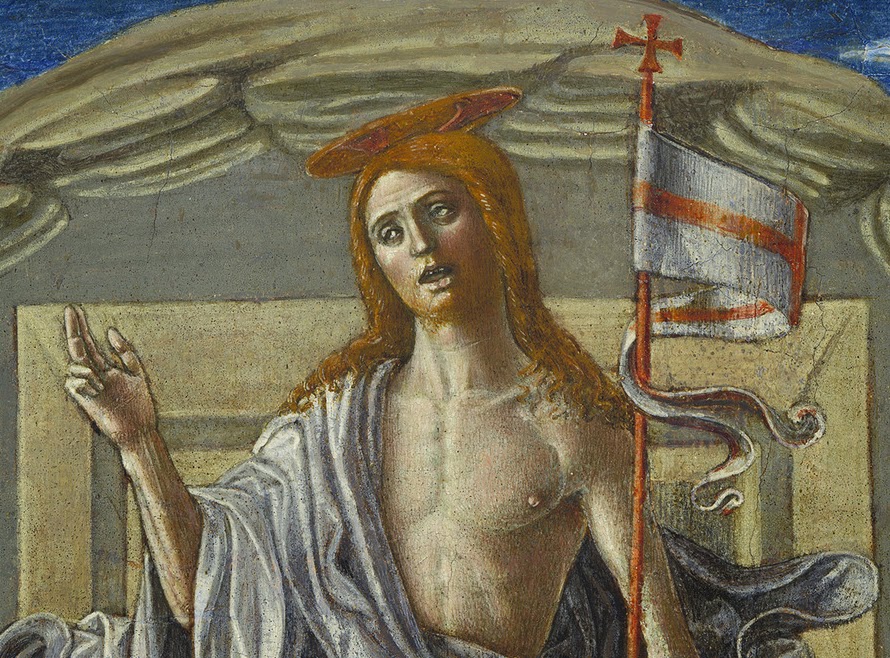 He looks a bit tired, with some 72-hours-in-hell shadow, but still more than badass enough to take on half a dozen soldiers, armed only with a high-end kitchen counter.
Posted by Sarcastic Ninja at 08:07 12 comments: